The Bread Loaf vs. Gold Market Theory in Medical Training

You are here:
December 13, 2013Leave a commentProf.HatemBy Prof. Hatem 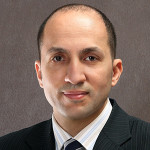 “The Bread Loaf vs. Gold Market Theory in Medical Training.”

Some may have heard about the ‘Bread loaf theory’, also known in some western countries
as the ‘Cake Theory’. This is a misconception that the more you teach others, the more
they will grow into the market and share in your potential pool of clients and hence income.
Unfortunately, this theory is widespread in developing countries, where the main source of
income is private practice. It is less of an issue in areas where surgeons are on fixed
salaries, and the salary is sufficient for one’s needs and requirements.
The theory is based on the assumption that clients or patients are a fixed amount like a bread loaf, and the
more people share in it, the smaller your cut will be…
This theory is clearly contradicted by the Gold Market theory. One notices that Gold shops are usually present
in groups to form a whole market, although that drives competition in quality and prices, which is good for the
customer, however it also attracts more customers to that market, who predict they will find a wider variety in
the market, rather than going to a place with a single shop.
This is also depicted in modern malls all over the world in which there are many clothes, electronics, and sports
shops, in addition to restaurants, in the same place. So, taking this model into account, yes the percentage of
sales may decrease from 10% to 5% of the Bread loaf or Cake due to competition, but the final income (Bread
loaf) is much larger, because of the market attraction of more customers. Therefore, 5% in reality is a much
bigger income than the original 10% of the smaller Bread loaf.
One sees examples of this in real life in our own country. The surgeons who practise the bread loaf theory,
usually have learned a skill after a long struggle, and at the same time fail to progress and learn something
new due to low ambition, which creates a danger that if a younger colleague learns that skill, they will be in
direct competition. In some situations, they even try to suppress them from learning the same skill, which
leads the younger surgeon to search for alternative sources of training, thus losing the senior respect and the
whole teacher/learner relationship.
On the contrary, senior surgeons who have progressed and taught younger colleagues, besides the gratitude of
teaching others, one finds that group practice is much easier. The whole department grows and the reputation
blossoms and the private work increases for all, as this area becomes a medical hub for more patients.
As surgeons, we all realise that the best assistant is one who can do the surgery, so that you may depend on
him to do certain parts, and help in decision making during surgery, which results in less stress for the main
surgeon. In addition, a well-trained assistant helps in the pre- and post-operative workload, resulting in a
better and smoother run service for the whole team.
In all religions, teachers are of high stature which approaches that of prophets. In Islam: Prophet Mohamed
mentioned that after death, one’s good deeds can only continue through 1 of 3 things. One of which is “a
science or teaching that is useful to mankind…”. In Judaism, Rabbi Akiba shows the desire to teach by saying
“My son, more than the calf wishes to suck does the cow yearn to suckle”. While the Bible says “my brothers,
for you know that we who teach will be judged with greater strictness” James 3:1-2.
Yet this principle remains under practised in developing countries compared to developed ones…
Over the years, we have seen professors and surgeons who have taught their techniques decades ago, and till
now their legacy continues, bringing ‘immortality’. Yet others who have not, their fame and knowledge have
died with them and are soon to be forgotten.