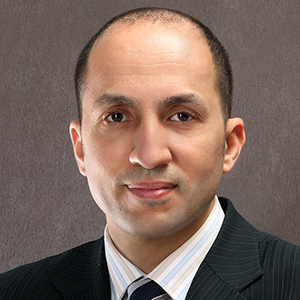 Dr Said is  currently a  Professor in Assiut University, Egypt

His medical training and most of the post gradutate training was in Assiut University Hospital . He went to the UK to finish his M.D. thesis on Infected TKR, in 2001-2002, where he worked as an SHO and an SPR.

In 2005, he revisited the UK as a Senior Arthroscopy fellow in Birmingham Royal Orthopedic Hospital, where he trained on Shoulder Arthroscopy.

Since then his main specialty has been Knee and Shoulder arthroscopy, but in  2008 he has taken up interest in Hip Arthroscopy.

His latest fellowship was with Michael Dienst in  Munich Germany in 2010 for Hip Arthroscopy. Recently, with the increasing flow and recognition of FAI, Hip arthroscopy has taken a decent share in his practice and he has become one of the leaders in the field in the Middle East. He has taught on numerous international meetings and courses in the field of Hip & Shoulder Arthroscopy.

He is a reviewer for International journals, such as Arthroscopy, and in 2011, joined the Editorial board of AJSM and International Orthopaedics Journals. He is the Editor-in-Chief of the new SICOT-J in 2015.

His memberships in international organizations and societies have increased his relations and friendships and as an active member of SICOT, in 2011 he has been appointed as Editorial Secretary and member of the BOD.

He was awarded the State Encouragement Prize for Medical Sciences in 2012..

Skills
Arthroscopy
Arthroplasty
Trauma
Dr Hatem Can be reached at